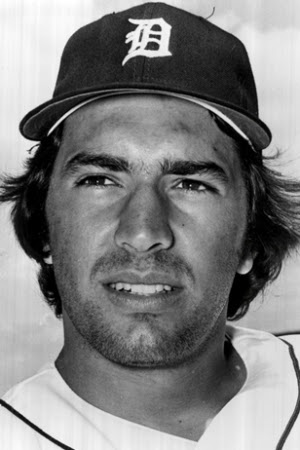 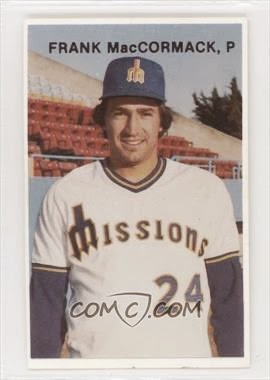 Frank MacCormack was a guy that grew up in New Jersey and would attend Rutgers University. From college he was drafted by the Detroit Tigers in 1974. He would finally make it to the big leagues in 1976 and appear in 9 games. After that season the new expansion Seattle Mariners saw some potential in Frank and with the 8th selection in the expansion draft they brought him into the Mariners organization. Due to a limited minor league system in their first year he would start the season with the class A Bellingham Mariners. It didn't tske long for Frank to come south to the big club. He would start games for the Mariners on April 24th and 28th and again on May 3rd. In those three starts he would go 4 innings in the first two and didn't get out of the first in the last. Because the Mariners didn't have their own AAA club in 1977 he would spend the rest of the season with the Toledo MudHens.

With a full system in in 1978, the Mariners decided that being only 23 years old that Frank could use some more time in the minors and would spend the season with the AAA San Jose Missions. Because of not having a good year in 1978 the Mariners decided before the 1979 season to release Frank. He would sign back with his original team in the Detroit Tigers. The Tigers had Frank play for the AAA Montgomery Rebels that season which would be his last season in baseball.

Good to see you back!

Nice post!
I saw Frank pitch in Montgomery in both 75 and 79.

The Rebels were double-A, though, not triple A for the Tigers.