Larry Milbourne was a player that could play three of the four infield positions and play it fairly well. He wasn't much of a hitter, but could get you a sacrifice when you need it. Larry had a tendency to double dip with teams. During his career he would be Yankee twice, and also make two go rounds with the Mariners. After spending some time in the majors with the Astros, the Mariners would trade Roy Thomas to Houston just before the 1977 season to bring Larry to Seattle. Mr. Milbourne would spend most of his time playing shortstop, but put in almost as much time at second base, and some little stops over at the hot corner. After the 1980 season the Mariners shipped Larry off to New York with a PTBNL for Brad Gulden and cash. Six months later, they send Brad back to the Yankees to complete the deal.

Larry would be a Yankee only to move onto Minnesota, Cleveland, Philadelphia, and eventually back to the Bronx. Then before the 1984 season, the Mariners came calling to New York and traded two players to bring Larry back to Seattle. After that season in 1984, Larry was finding that there were many rookies coming up behind him for the infield positions and tried to hold on by playing in AAA with the Calgary Cannons for the Mariners. The writing was on the wall and at age 34, Larry walked away from the game in the 1985 season. 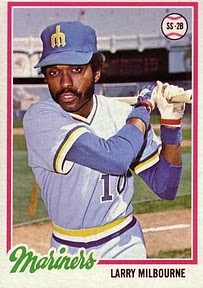 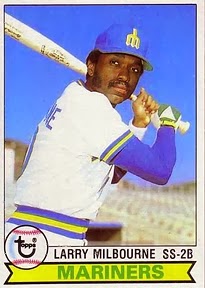 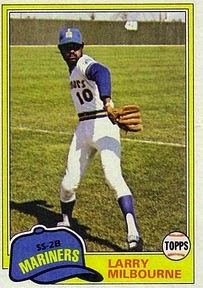 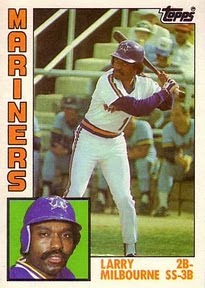 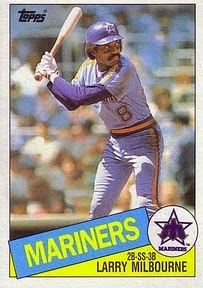 Prior to the end of the 1976 season, the Kansas City Royals had a 21 year old prospect named Ruppert Jones. He showed that he had some potential with the playing time he was given in the end of that 1976 season. The Royals decided to leave him unprotected in the expansion draft that off season, and he was taken by the Mariners with their first pick in the draft. Ruppert would be the starting center fielder for the Mariners in that first season, being elected as the Mariners only All Star representative in the Bronx that season.

Mr. Jones would become the first Mariners fan that the fans could cling to in those early days. In the Kingdome you would commonly hear what you thought were boos, but the fans were calling "RUUUPE." Ruppert would gibe the Mariners great numbers on a fairly poor team for three years through the 1979 season. After that third year, the Mariners dealt Ruppert to the Yankees with Jim Lewis for Rick Anderson, Jim Beattie, Juan Beniquez, and Jerry Narron. Mr. Jones would make it a year in NY before getting dealt to the Padres. Three years in San Diego would see Rupe move to Detroit in 1984 for a season, only to defeat his old team in the World Series. Mr. Jones would finally become a California Angel in 1985, and play his final three years in Southern California before riding off into the sunset on his baseball career. 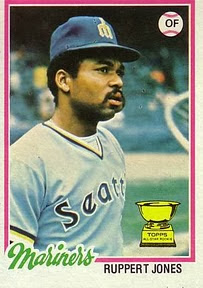 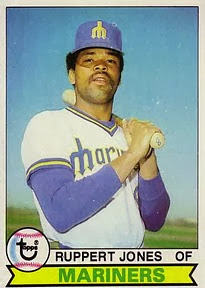 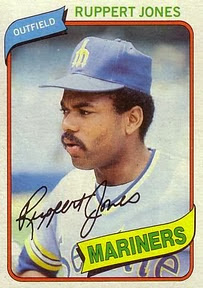 Carlos would start professionally in 1969 playing in his native Mexico. He would play at the AAA equivalent in Mexico City with the Tigres until the California Angels purchased his contact to bring him to the minors in the States. Finally during September call ups Carlos would make it into 9 games and get 12 plate appearances never getting a hit with the Halos. With the 27th pick in the expansion draft, the Mariners chose Carlos to play some outfield. At age 26, he and Dick Pole were considered the "old men" on the team. Mr. Lopez would play most of his time in 1977 with the large right field wall behind him in the Kingdome. After having a fairly average year in 1977, the Mariners would send Carlos along with Tommy Moore to the Baltimore Orioles for pitching. They would bring Mike Parrott to Seattle with a whole three games of experience to town for the next four years. 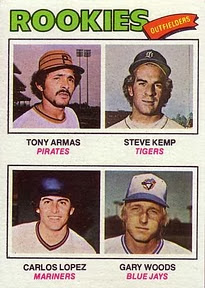 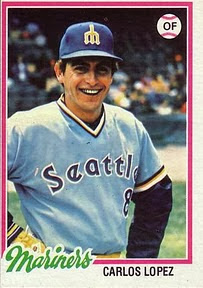 With the 9th overall pick in the expansion draft, the Mariners would select Dan Meyer from the Detroit Tigers. While he would never be the power hitter that we see at first base nowadays, Dan was firmly entrenched as the everyday starting man at 1st. After playing at 1st in 1977 and 1978, Dan would move to split time between 3rd base and the outfield for his next three seasons of 1979 through the 1981 season. After the strike shortened season of 1981, the Mariners decided to trade Dan to the Oakland Athletics in December of that year for pitcher Rich Bordi. Dan would spend parts of the 1982 through 1985 seasons playing part time mostly as a designated hitter in Oakland. Dan would sit out the 1986 season, only to try and come back for three games with the A San Jose Bees in 1987. 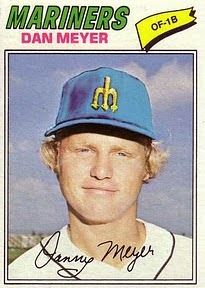 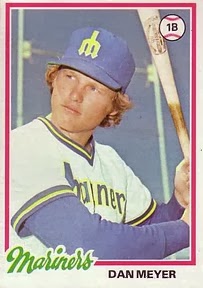 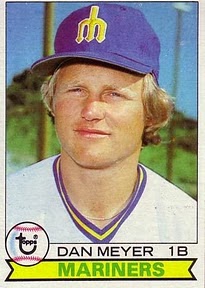 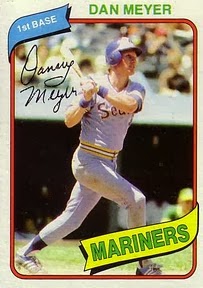 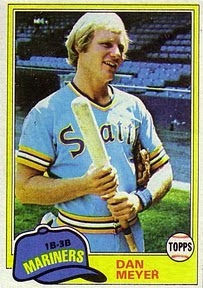 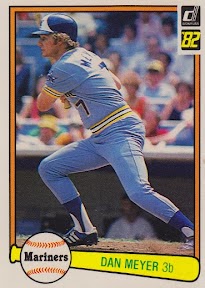 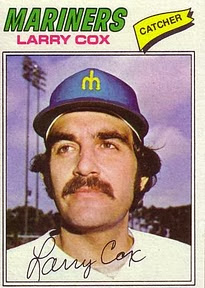 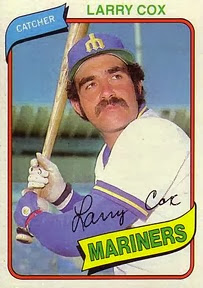 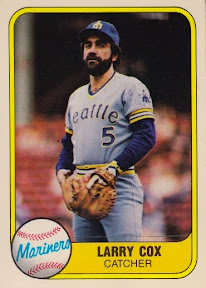 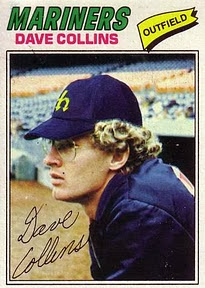 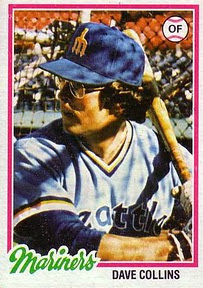 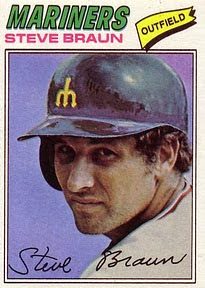 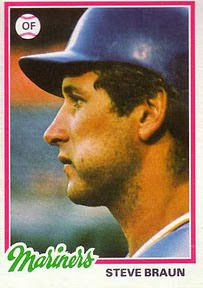