Your regular center fielder for the Pilots was Wayne Comer. Wayne also could play left, and right field. Wayne was tried once at third base, and once behind the dish. Wayne went with the Pilots to Milwaukee but didn't hang on with Brewers, and would retire in 1972 with the Tigers. 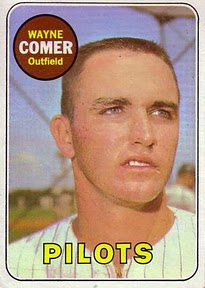 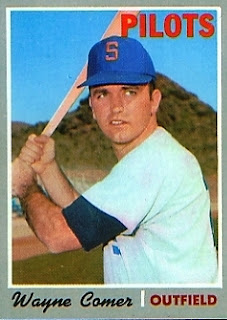 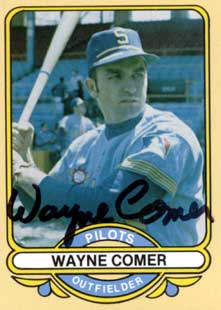 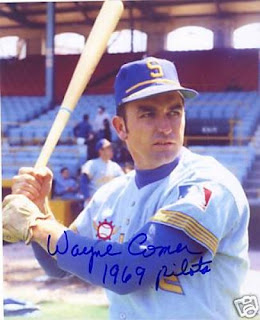 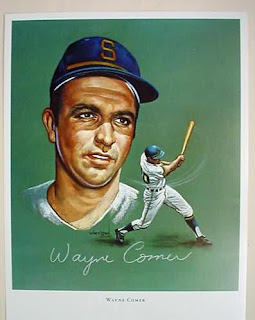 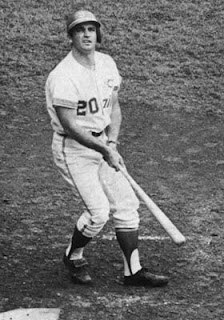 courtesy of seattlepilots.com
Posted by Mariner1 at 8:41 AM No comments:

As a kid growing up in Tacoma, WA I'm sure Steve dreamed of playing in the major leagues. How lucky could he be to be traded at the end of spring training along with John Gelnar from the Kansas City Royals to his hometown Seattle Pilots. Steve spent time with the AAA Vancouver Mounties and the Pilots. He had spent time in the past three seasons with the Yankees, and spent the 1970 season the San Francisco Giants before retiring. 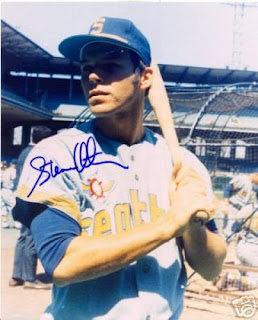 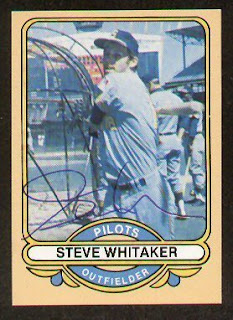 courtesy of ebay.com
Posted by Mariner1 at 4:19 PM No comments:

Gus was an infielder that could play most positions. He spent most of his time at third base, but also played short and second. He came to the Pilots from the Indians, and would stay on with the Brewers for two more years in Milwaukee. 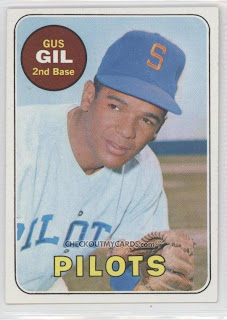 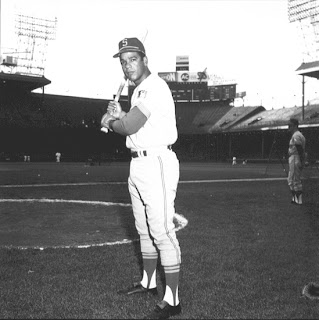 courtesy of seattlepilots.com
Posted by Mariner1 at 5:03 AM No comments:

Jim Pagliaroni was a backup catcher for most of his career. He played for the Pirates, Red Sox, Athletics, and the Pilots. Jim was the catcher lucky enough to be on the field when Jim "Catfish" Hunter pitched his perfect game on May 8, 1968. His contract was purchesd by Pilots on May 27, 1969. He would be the back up for full time catcher Jerry McNertney. Jim retired from baseball after the 1969 season. 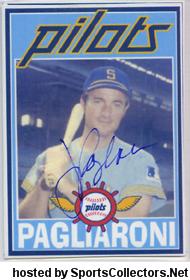 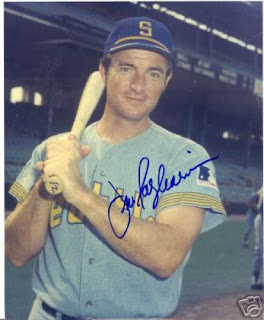 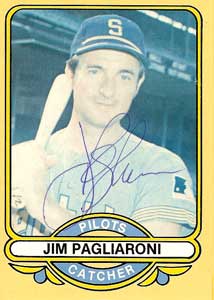 courtesy of baseball-almanac.com
Jim lost a five year battle with cancer on April 3, 2010. Another Pilot soaring with the angels.
Posted by Mariner1 at 4:59 PM No comments:

Dick was a part time player that bounced around the majors in the 1960's. He only saw action in 26 games for the Pilots after coming over in a trade from the Yankees during the 1969 season. He retired after the 1969 season. 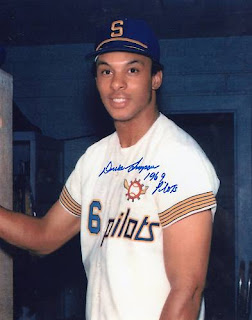 courtesy of eBay.com
Unfortunately for him, Dick's son Colton is probably more famous than him. Colton was an OG Crip that is serving a 126 year prison sentence in Califronia, under the three strikes law.
Posted by Mariner1 at 8:10 AM No comments:

Your regular everyday starting catcher was Jerry. He played four years before Seattle and another four after the Pilots left. 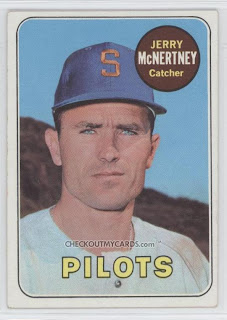 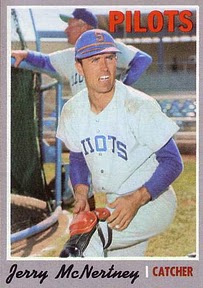 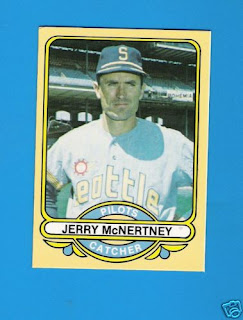 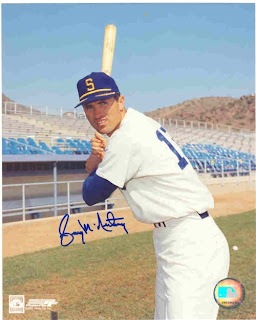 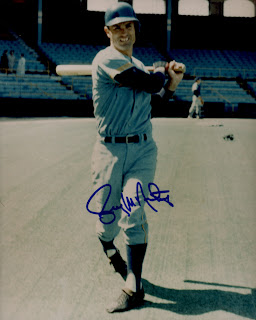 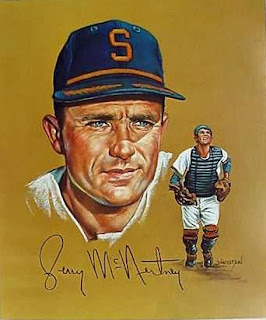 courtesy of slaternitehawks.com
Posted by Mariner1 at 6:53 AM No comments:

Three men would hold distinction of wearing 14 on their backs for the Pilots. Jim Gosger would start the season with it, appearing in 26 games in all three outfield positions. Jim would be traded to the Mets in July to complete a deal for Greg Goossen.

courtesy of signedautographed.com
Gordy Lund would spend part of July and August of 1969 with 14. Gordy would play second, third and short for the Pilots.

Miguel Fuentes would come to the Pilots on September 1. Miguel owns the distinction of throwing the last pitch in Pilots history. It came in a 3-1 loss at Sick's stadium to the Oakland A's in front of 5,473 on October 2, 1969. Miguel would sadly be murdered outside a bar in his native Puerto Rico in January of 1970 at the age of 23.

courtesy of eBay.com
Posted by Mariner1 at 7:52 AM No comments:

Steve Barber came to the Pilots in the expansion draft in 1968 from the Yankees. Because the Pilots weren't that good, Steve went 4-7 with a 4.80 ERA in Seattle. In his career Steve would play for the Orioles, Braves, Yankees, Pilots, Angels, Cubs, and Giants. He had numerous elbow problems and would retire after the 1974 season.


Steve and his wife moved to the Las Vegas area in 1978. Steve worked as a school bus driver. Steve died 18 days short of his 69th birthday, passing on February 4, 2007 due to complications from pneumonia. Steve had his ashes scattered across the southern Nevada desert after his death. A former Pilot floating with the angels.

Again in 1969, two players would wear the same number for the Pilots. First was legendary player Tommy Davis.

The second player would be outfielder Danny Walton.

The other John Kennedy was a Seattle Pilot. He played short stop and 3rd base for the team, and was hurt for a good part of the year.

There were two #10's for the Pilots in 1969. Cather Larry Haney started the season with the Pilots. He was famous for his 1969 Topps card being a reverse negative of his 1968 card

courtesy of seattlepilots.com
courtesy of baseball-almanac.com
Larry would be traded to the Athletics during the season for second baseman John Donaldson.

courtesy of google.com
courtesy of baseball-almanac.com
courtesy of amazon.com
Two men that were traded for each other would wear the same number for the one year team in Seattle.
Posted by Mariner1 at 12:39 PM No comments: