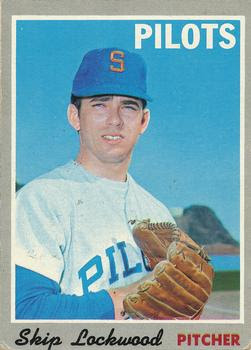 Skip had a brief stint with the KC Athletics in 1965as a 3rd baseman. Skip would bounce between the A's and Astros farm systems and find himself converted to a pitcher in 1968. The Pilots would select him in the expansion draft. Skip would continue to pitch in the big leagues ending his career after the 1980 season with the Boston Red Sox. ﻿Skip would stay in the Boston area and receive his degree from MIT in 1983.
Posted by Mariner1 at 7:30 AM No comments:

Late in August of 1969, the Pilots traded Jim Bouton to the Houston Astros. They received Dooley in return. He would see time in 9 games in August and September of the 1969 season.

﻿Jerry was a very short timer for the Pilots. He saw 1 2/3 innings on June 29th in LA against the Angels. His only other appearance was in Minnesota against the Twins for an inning on July 12th. He never got a chance to pitch in the home whites in Sick's Stadium. 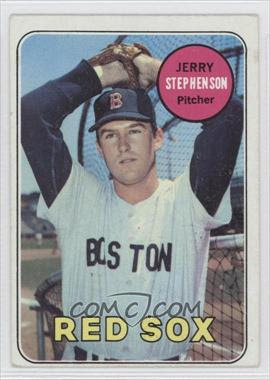 Jerry was shown on the 69 Topps set with the Red Sox. he would never Topps cardboard as a Pilot. 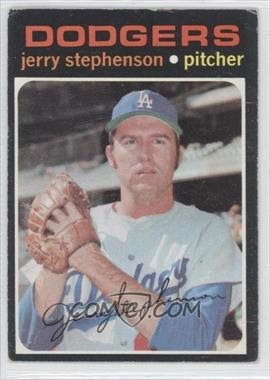 The jersey #39 was a popular one for the Pilots in 1969. It would see time with three players while getting passed around the clubhouse in Sicks Stadium. 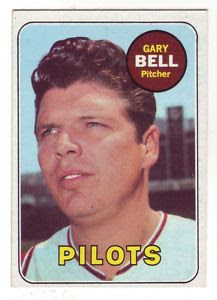 The number would start with Gary Bell on the mound. Gary was shipped off the the White Sox on June 8th of the year.

Fast forward about two weeks and Garry Roggenburk was purchased from the Boston Red Sox. Garry was a short timer seeing only seven games and was done with the Pilots after July 27th.

﻿ ﻿ Four days later on the 31st of July, the Pilots purchased George Brunet from the California Angels. George would finish the 1969 season in the Emerald City before heading to DC to be a Senator for the 1970 season.
Posted by Mariner1 at 7:19 AM No comments: 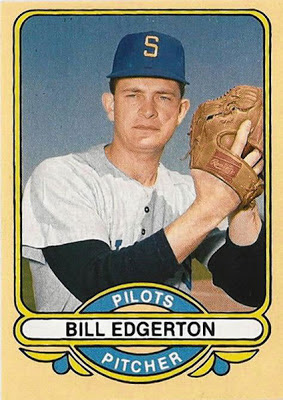 Bill saw time in 4 games in April with the Pilots but was released at the end of the month and never saw the big leagues after that first month of 1969. 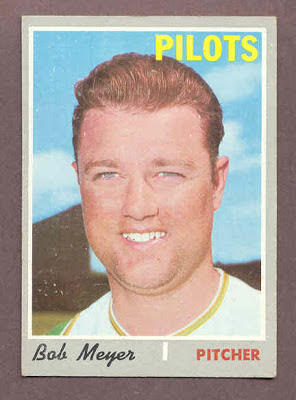 Bob was traded to Seattle at the end of August in 1969. The last time Bob saw the big leagues was 1964 and he was with the Kansas City Athletics, New York Yankees, and Los Angeles Angels all in the same year. Bob went to Milwaukee in 1970 with the team but was done after that year.
Posted by Mariner1 at 6:20 AM No comments: