Another in the many numbers that saw multiple players due to roster changes. #25 was first donned by Jose Vidal at the beginning of the season. Jose would be traded in early June to the Yankees for Dick Simpson. Jose lost a battle with cancer on January 7 of 2011. 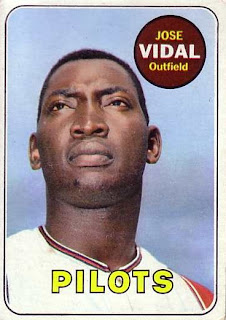 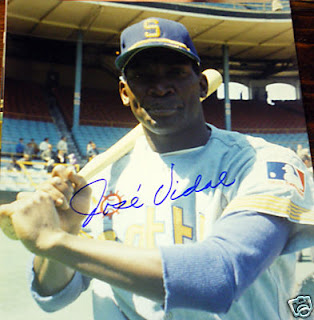 The second Pilot to wear #25 was John Gelnar. John would pitch in the second half of the season. His biggest claim to fame in Seattle is that he was traded with Steve Whitaker from the Royals for a prospect named Lou Piniella. I think we all know how that trade worked out. 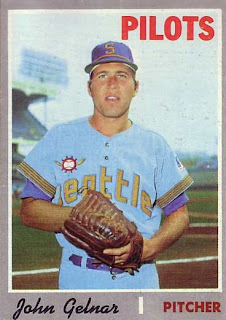 courtesy of halloffamememorabilia.com
﻿
Posted by Mariner1 at 7:46 AM 1 comment:

Diego Segui would see two tours in Seattle. His first time was 1969 with the Pilots. 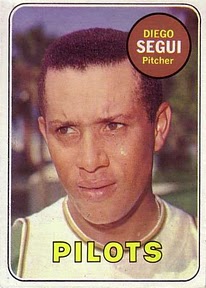 He would come back to the Mariners in 1977. As a tip of the cap to the Pilots team, the Mariners tabbed Diego as the man to throw the first pitch in Mariners history. 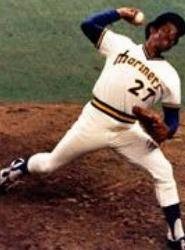 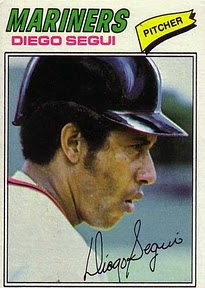 The Segui family would make Seattle history when later on Diego's son David would also play for the Mariners.
Posted by Mariner1 at 6:58 AM 1 comment: