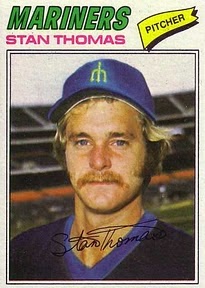 Darrell was one of those guys in the 1950's that played in the heyday, but never was a star or could stay consistently in the majors. He was a catcher that would see time on more teams than a star. After seeing his final playing time with the Orioles in 1962, the team installed him as their manager of the AAA Rochester Red Wings in 1963 and he would even make an appearance at bat in 1965 as the manager. The Orioles decided to move Darrell to the AA Elmira Pioneers for 1966. In the 1968 season, he made the jump to being a pitching coach for the Boston Red Sox for Dick Williams and would also serve in that role in the next season.

It was decided that in 1971, Darrell would manage again in the minors. He would take the helm of the AAA Louisville Colonels in the Red Sox organization. After the 1972 season Darrell would stay on the manage the team that was now the Pawtucket Red Sox in 1973 all the way to a league title. After Boston management saw Eddie Kasko go 88-73 in the 1973 season, and Eddie Popowski win for a 1-0 record, the Sox brought to Boston. Darrell would do well in Beantown, taking the Red Sox to the World Series and nearly winning it in 1975. During his third season in 1976 long time Sox owner Tom Yawkey would pass from leukemia and Darrell would be fired shortly after with a 41-45 record to be replaced by Don Zimmer. When the new team in Seattle was born, the Mariners tabbed Darrell as the man to captain the ship on it's maiden voyage in the Kingdome.

Darrell would find it hard to have success with the Mariners that were starting out new with players that were past their prime, or never were or would be. In the first season of 1977, he would do what Joe Schultz did with the Pilots going 64-98. In his second season, they would fall farther back going 56-104 in 1978. The All Star game would come to Seattle in 1979 being the highlight of the baseball season. Those Mariners would go 67-95. Darrell would make it through more than half of the 1980 season going 39-65 before being replaced after August 3rd by the inept as a manager Maury Wills. Darrell would see his record as manager of the Seattle finish at 226-362 for a 384 winning percentage. At the start of the 1981 season, Darrell would resurface as a coach on the Texas Rangers staff under Don Zimmer. Don would be fired on July 30th, 1982 and Darrell would finish the season the helm of the Rangers at 26-40. The Rangers would bring on Doug Rader to take over in 1983, and Darrell would be a coach for the New York Mets. Darrell would move on to be a minor league coordinator of instruction and long time scout for the team.

Sadly, the Mariners lost their first skipper to leukemia on May 3rd, 2004 at the age of 75 in Fairfield, California. 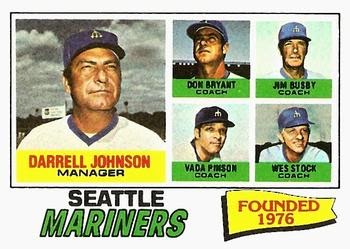 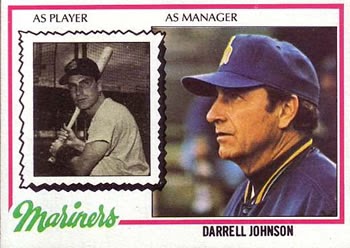 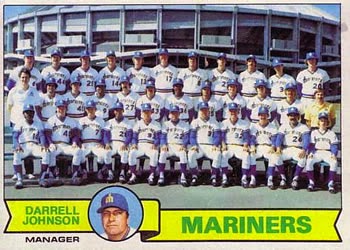 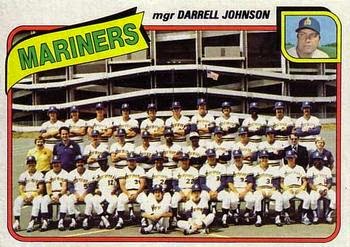