﻿Johnny got to see a little time in April with the Pilots in 1969 before heading the minors for the rest of the season. 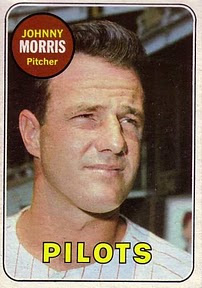 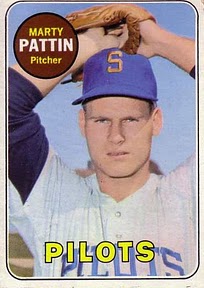 The first Pilot to take the mound in 1969. Marty was also the first Pilot pitcher to get a win. The Pilots defeated the California Angels on April 8, 1969 by a score of 4-3. Marty would move to Milwaukee with the Brewers only to move to Boston, and eventually land a long time spot in the Royals rotation from 1974 through his retirement after the 1980 season.﻿
Posted by Mariner1 at 7:18 AM No comments: 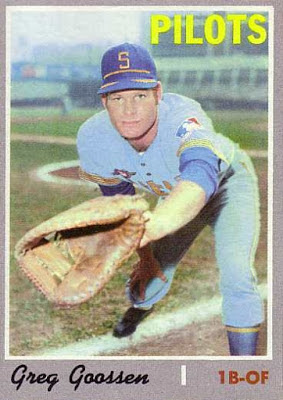 There were only two pitchers to win double digits games for the Pilots in 1969. One was Diego Segui, the closer and Gene Brabender lead the team with a 13-14 record en route to a 64-98 record. Sadly, Gene passed away at the age of 55 back in 1996. 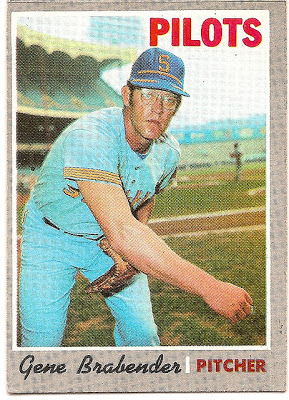 After serving his country during World War II and spending his entire playing career with the Braves, Sibby Sisti was a part of Joe Schultz's 1969 coaching staff.

Email ThisBlogThis!Share to TwitterShare to FacebookShare to Pinterest
Labels: #31, 1B Coach, Sisbby Sisti

Another of the many uniform numbers that would be held by more than one player. It is not surprisingly that a not very good expansion team went through many players. Federico Velazquez would get into 6 games with the Pilots wearing #30. He would be bought by the Oakland A's on May 27th.


Another player would be bought came to the Pilots. Seattle purchased Ron Clark from the Minnesota Twins on July 11th. Ron would move to other teams, but would eventually make his way to the new version of the Pilots in the vain of the Milwaukee Brewers.

Dr. Mike Marshall would start the 1969 with the Pilots before being sold to the Detroit Tigers. Mike made 14 starts and appeared in 20 games for Seattle. 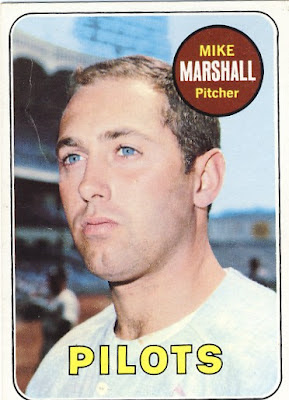 Late in August of '69 the Pilots traded Tommy Davis to Houston for Sandy. He would play in 20 games in September for the Pilots.
﻿ ﻿
Posted by Mariner1 at 7:07 AM No comments:

Another number that would see multiple players. It became common place for a losing team that was constantly turning over the roster.

﻿ ﻿ Bucky Brandon would start the 1969 season with 27 on his back. He would get hurt in the end of May, and would eventually be sold to the Twins in July. 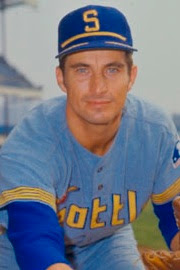 Bob Locker would come to Seattle in a trade with the White Sox in June of '69. He would finish out the season carrying the flag for #27 in Seattle.
Posted by Mariner1 at 8:53 AM 1 comment:

Another two player number in the revolving door Pilots of the summer of '69.

Merritt Ranew passed away in October of 2011. 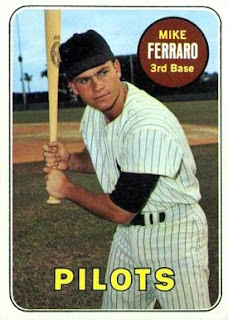 Mike Ferraro would go on to spend some time managing in the minors, and for a short time in the majors.