Known as "the Drill Instructor" Ron Plaza was the hitting coach for the 1969 Pilots. After never making it higher than AAA ball, he was a manager from 1963 to 1968 in class A ball. 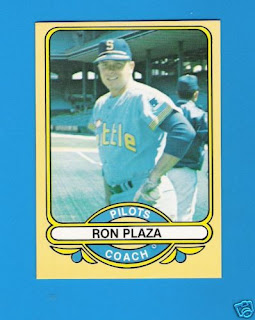 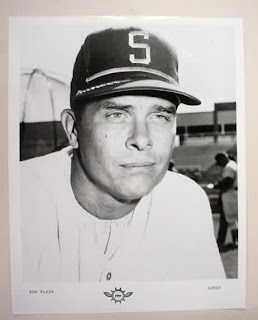 courtesy of gasolinealleyantiques.com
After some time off, Ron was a coach again for the Reds from 1978 to 1983 under Sparky Anderson. He resurfaced again in 1986 with the Oakland A's. Ron now resides in St. Petersburg, Florida and works with the Oakland Athletics, as scout and coach for their minor league operations.
Posted by Mariner1 at 8:07 AM No comments: